Lessons from the Heights – Mt. Horeb 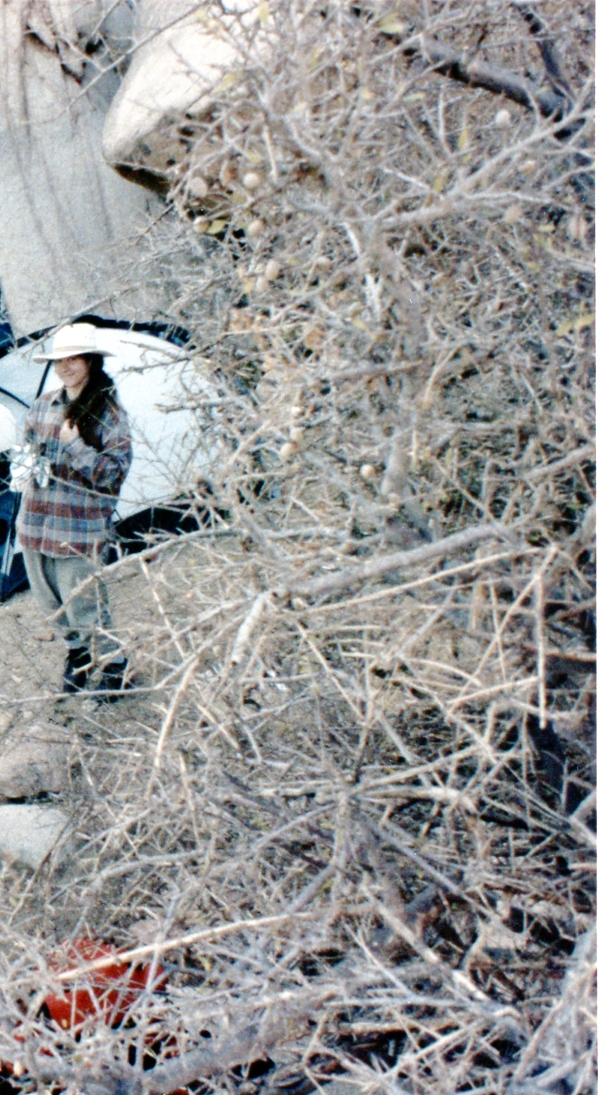 In going over our friend’s journals recently with their climb up Mt. Horeb (Jebel Lawz), I was reminded of some of the harrowing events Jim and I went through in our own experience with that incredible mountain. I write daily devotions on occasion, and I thought I would share one here as it directly relates to one of those moments in time. With the covid 19 virus raging, many are feeling crushed beyond measure. But God still gives us wisdom from the high places of the earth, and grants us peace in the midst of our struggles.

Have you ever felt like the walls are closing in on you?   Been in a tight squeeze? Had so much pressure on you that you felt like even your breath was difficult to take in and out?  Jim and I were sitting on one of our gliders in the gorgeous atmosphere yesterday after severe storms had blown through the previous night. The sky was crystal blue dotted here and there with puffy pure white clouds, and with the spring budding of fresh bright green leaves on the trees, it was a spectacular feast for the eyes.  We were reminiscing about being up on the high peak of Jebel Lawz in Saudi Arabia and how blue the sky was at 8000 feet…and just how close we came to not making it all the way up there. He reminded me of an experience we had neither of us will ever forget.

This mountain is the highest in all of northwest Arabia, and many, including ourselves believe it to be Mt. Horeb of the Bible.  We had already climbed to the top of its sister peak to the southeast called Jebel Maqla, which we believe to be Mt. Sinai.  But upon cresting the top of Maqla, my highly astute husband pulled binoculars up to his eyes and noted that the peak off to the northwest of the high place upon which we stood appeared to be ever so slightly higher.  So, it was off to the races to see how we could climb up to the top of Jebel Lawz.  We had no clue at the time that this was going to be the most difficult thing we have ever done.  We made several attempts over the next 18 months or so to find a way up this massive granite pinnacle, but its sharp precipices and dizzying heights seemed to be only suited for professional climbers with proper gear.  That is until hiking down from a failed attempt found us deciding to rest on a big flat rock in just the right place for Jim’s sharp eye to catch the elusive way up!  He’d finally done it!  He found the hidden passage!  It was too late then to begin a new climb, but back home we went and planned out the next trip.

Upon our arrival back to the place where Jim found the way up, we were so excited, anticipating finally being able to reach this seemingly impossible goal.  We took off up the mountain in the direction of the passage he’d seen months before.  By about 10 am we’d made great progress, and it was becoming very clear to us this was in fact, the right way up.  Although this was by far more grueling a climb than Jebel Maqla had been, our enthusiasm still carried us onward.  But in the early afternoon, we encountered something completely unexpected that literally almost stopped us in our tracks.  Somewhere between about 6500’ and 7000’, a sizeable almond tree grove appeared.  And when I say thick, I mean thick!  It was immediately clear why the mountain is called “The Almond Mountain”, which is the translation from the Arabic for Jebel Lawz.  It was covered in them.  And they spread out over the exact area we needed to hike through.  There was no going around them because they grew all the way up to the very edge of the cliff before us, which dropped hundreds of feet into the rocks below. The only possible scenario was to get to the far edge of the wall of granite to our left, and somehow push the branches away from us as we went.  But those branches had been growing against that wall for who knows how long, and they were so tightly smashed against it we could barely move them away.  And that wasn’t the only issue.  It was late September, and they had likely not received any rain since the early spring.  Dust had gathered on every little branch, and every time we touched another one to try to get by it, the air was filled with powder, choking us as we went.  After more than an hour we had only made short progress.  And we were exhausted already.  At one point we had to stop to rest, about 10 feet from each other, both completely pinned up against that granite wall of rock.  I remember wondering that if we died right there what someone would think if they ever found us…two skeletons skewered against the wall by an almond grove!

There are times in life you just have to keep going.  This was one of them.  It took every ounce of strength and decisive fortitude we had to break the grip those trees had on us.  Hours later we finally broke out into the fresh air beyond the grove, and we collapsed on the unencumbered ground with great relief. After a much-needed rest, we began again our upward ascent; but this time, the top of the mountain was directly in sight.  You see, those almond trees had blocked the view of the horizon so perfectly we didn’t know if somehow, we’d strayed from our course.  We had begun to question the path we were on in the middle of that crushing, even though we’d felt for certain we had started in the right direction.  Late that afternoon we finally stood atop the highest mountain in northwest Arabia.  The experience was so ethereal it is hardly describable.  Oh, the enormity of what we would have missed out on if we had let that almond grove overcome our will to keep going.  If you’re in a place of compression at present, I strongly encourage you not to give up your dream that awaits you on the other side of it.  It’s okay if you have to stop and rest a bit in the middle of that pressing place. But keep going even if you can only catch a quick breath.  The Lord who gives strength to the weak will help you. What’s up ahead is well worth it.

2 Corinthians 1:8-10 (KJV)
8  For we would not, brethren, have you ignorant of our trouble which came to us in Asia, that we were pressed out of measure, above strength, insomuch that we despaired even of life:
9  But we had the sentence of death in ourselves, that we should not trust in ourselves, but in God which raiseth the dead:
10  Who delivered us from so great a death, and doth deliver: in whom we trust that he will yet deliver us

Isaiah 40:28-31 (KJV)
28  Hast thou not known? hast thou not heard, that the everlasting God, the LORD, the Creator of the ends of the earth, fainteth not, neither is weary? there is no searching of his understanding.
29  He giveth power to the faint; and to them that have no might he increaseth strength.
30  Even the youths shall faint and be weary, and the young men shall utterly fall:
31  But they that wait upon the LORD shall renew their strength; they shall mount up with wings as eagles; they shall run, and not be weary; and they shall walk, and not faint.